The MHA said that the states “may prohibit certain other activities or impose restrictions” as necessary.

The states and union territories were advised against diluting restrictions under the lockdown 4.0 guidelines by the Centre on Monday as the country entered the fourth phase of the nationwide lockdown to fight coronavirus.

The restrictions will remain in place till May 31.

“As emphasised in my earlier letters, I would like to reiterate again that states/union territories cannot dilute restrictions imposed in the MHA guidelines. States/UTs, based on their assessment of the situation, may prohibit certain other activities in various zones, or impose such restrictions as necessary,” home secretary Ajay Bhalla said in a letter.

The ministry underlined that the new guidelines have been issued after taking into consideration the views of the state governments following the video conference held by Prime Minister Modi with the chief ministers on May 11.

“I would urge you all to ensure compliance of the new guidelines and direct all concerned authorities for their strict implementation,” the secretary added.

Under the new guidelines, the states will now categorise red, orange and green zones taking into consideration the revised guidelines issued by the ministry of health. Inside these zones, containment and buffer zones will be identified by the district administration. In containment zones, only essential services will be allowed.

In another significant step that stood out was conditional approval to interstate movement of passenger vehicles and buses with “mutual consent” of the states and the union territories involved.

The home ministry also allowed the resumption of app-based cab services; gave permission to the functioning of all shops, markets and commercial establishments except those in malls; and eased curbs on private offices that were previously allowed to function with 33% staff strength.

Metro train services; domestic and international passenger flights; schools and colleges; hospitality services; cinema halls; shopping malls and dine-in restaurants; and religious and political gatherings will continue to be prohibited across the country. Only special trains — a pair of 15 premium trains and those ferrying migrants to their homes — will run in this period.

Also, the ban on non-essential travel between 7pm and 7am will continue. Spitting and consumption of liquor, gutkha and tobacco in public places continue to be banned. 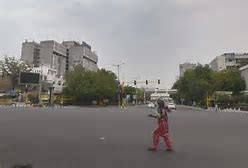 Indian-origin teen climber from Canada survives fall from US peak

Pandemic Could Almost Double the Number of Hungry People